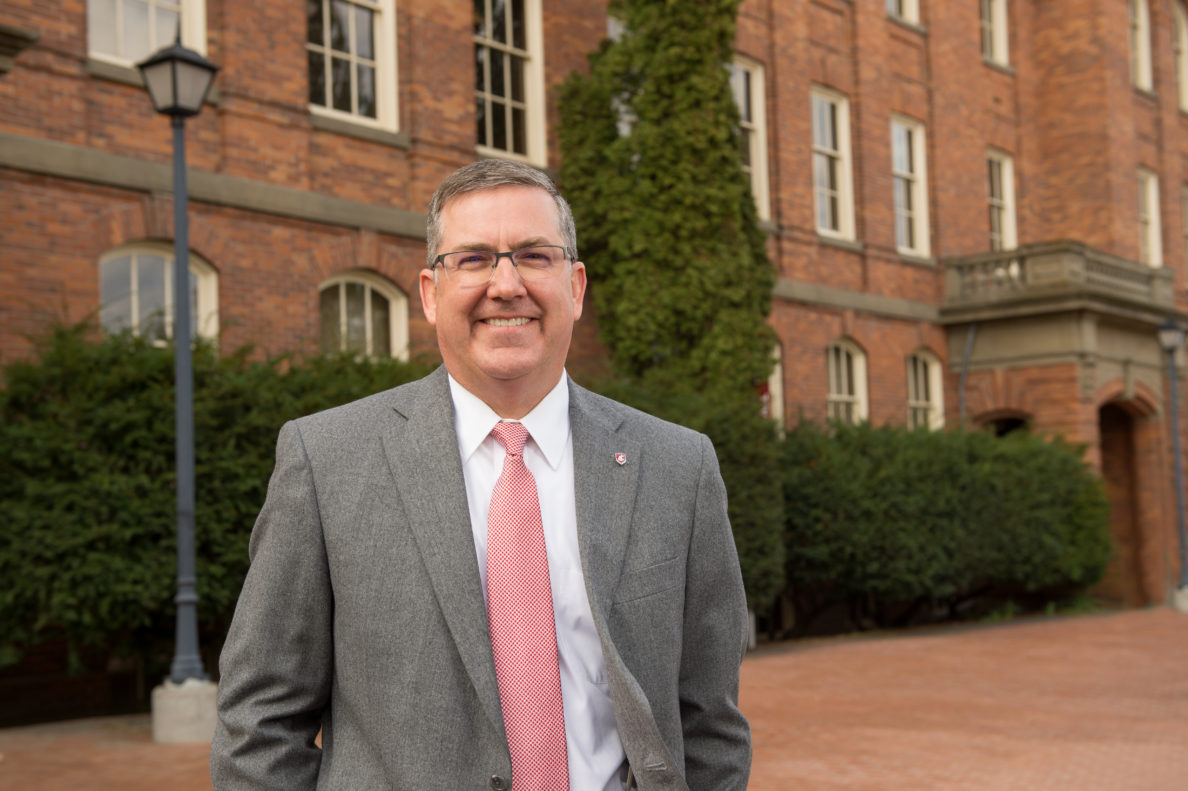 A new era for WSU

Kirk Schulz is the 11th president of Washington State University and a tenured professor in the Gene and Linda Voiland School of Chemical Engineering.

President Schulz is committed to fulfilling Washington State University’s mission as a land-grant university. Since his appointment in 2016, President Schulz has prioritized increasing the reach and effectiveness of the statewide system of campuses, Extension offices, and other programs to better serve the state of Washington. His duties have evolved from operating as the chief executive of the WSU Pullman campus to setting the strategic vision and direction for the entire WSU system, advocating for higher-education policy, engaging in philanthropic priorities, and representing WSU at the state and federal levels.

A nationally respected leader in higher education, he has had an extensive career as a faculty member and administrator at several public research universities including serving as Vice President for Research and Economic Development, Dean of the Bagley College of Engineering, and Director for the Dave Swalm School of Chemical Engineering at Mississippi State University. He was also a faculty member and held various leadership positions at Michigan Technological University and the University of North Dakota.

As an administrator, President Schulz has been a lifelong supporter of intercollegiate athletics. He currently sits on the Pac-12 Board of Directors, is a member of the Executive Committee, and is the Pac-12 representative for the College Football Playoff Board of Managers.

He is active in the Boy Scouts of America and served as president of the Coronado Council in Kansas. In 2013, he was recognized with the Distinguished Eagle Scout Award from the National Eagle Scout Association. He has also served in a variety of roles on the boards of the Cereal Food Processors, the Greater Manhattan Community Foundation, the Kansas Bioscience Authority, and the Accreditation Board for Engineering and Technology.

President Schulz earned his undergraduate and doctoral degrees in chemical engineering at Virginia Tech, where he met his wife, Dr. Noel Nunnally Schulz.

Dr. Noel Schulz is a professor in the Voiland College of Engineering and Architecture and a co-director of the WSU-Pacific Northwest National Laboratory Advanced Grid Institute.

The Schulzes have two sons, Tim and Andrew.