Washington State University, a distinguished and comprehensive public research university and a member of the Pac-12 Conference, seeks an innovative and experienced leader to serve as Director of Athletics.

The WSU athletics program is in the midst of an unparalleled era of success—both on the playing field and in the classroom. Cougar teams qualified for post-season competition in 6 sports during 2016, highlighted by Cougar Football’s appearance in the 2016 Holiday Bowl. Meanwhile, 148 student athletes received All-Conference Scholar-Athlete recognition, and 6 sports received team academic honors.

WSU enjoys a long and proud athletics tradition, and Cougar fans are known nationwide for their passion and loyalty. One example of that passion: on October 7, Cougar fans ensured the “Ol’ Crimson” flag made its 200th consecutive appearance on ESPN’s College GameDay broadcast.

Founded as the people’s university in 1890, WSU is the state’s only land-grant institution and one of two public research universities. Washington State provides a world-class education to 30,614 students through its multi-campus, statewide locations and online. The University has launched a system-wide initiative to become of the nation’s top 25 public research universities—preeminent in research and discovery, teaching, and engagement—by 2030. 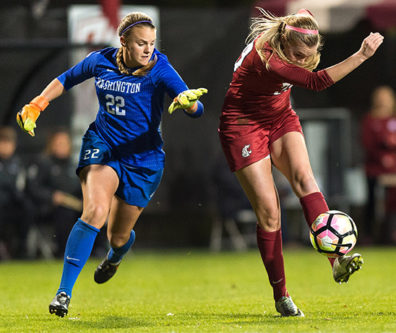